A Wunderkammer for the New Year

In the upcoming year, I will teach music theory and composition at Lawrence University.   I am very excited to be back at the school where I completed my undergraduate degree, working some very important mentors of mine once again, particularly Joanne Metcalf, Gene Biringer, Matt Turner, and Marty Erickson. I also look forward to the opportunity of working with new colleagues, especially Asha Srinivasan and Andrew Cole. I am anxiously looking forward to working with the students here, advising them in their creative endeavors as well.

In my own creative pursuits, it has always been important to me to make the space in which I create special in some way.   I see my office here at Lawrence as that space.  In order to activate this creative space, I have set up a Wunderkammer on my bookshelf.  Here is a picture: 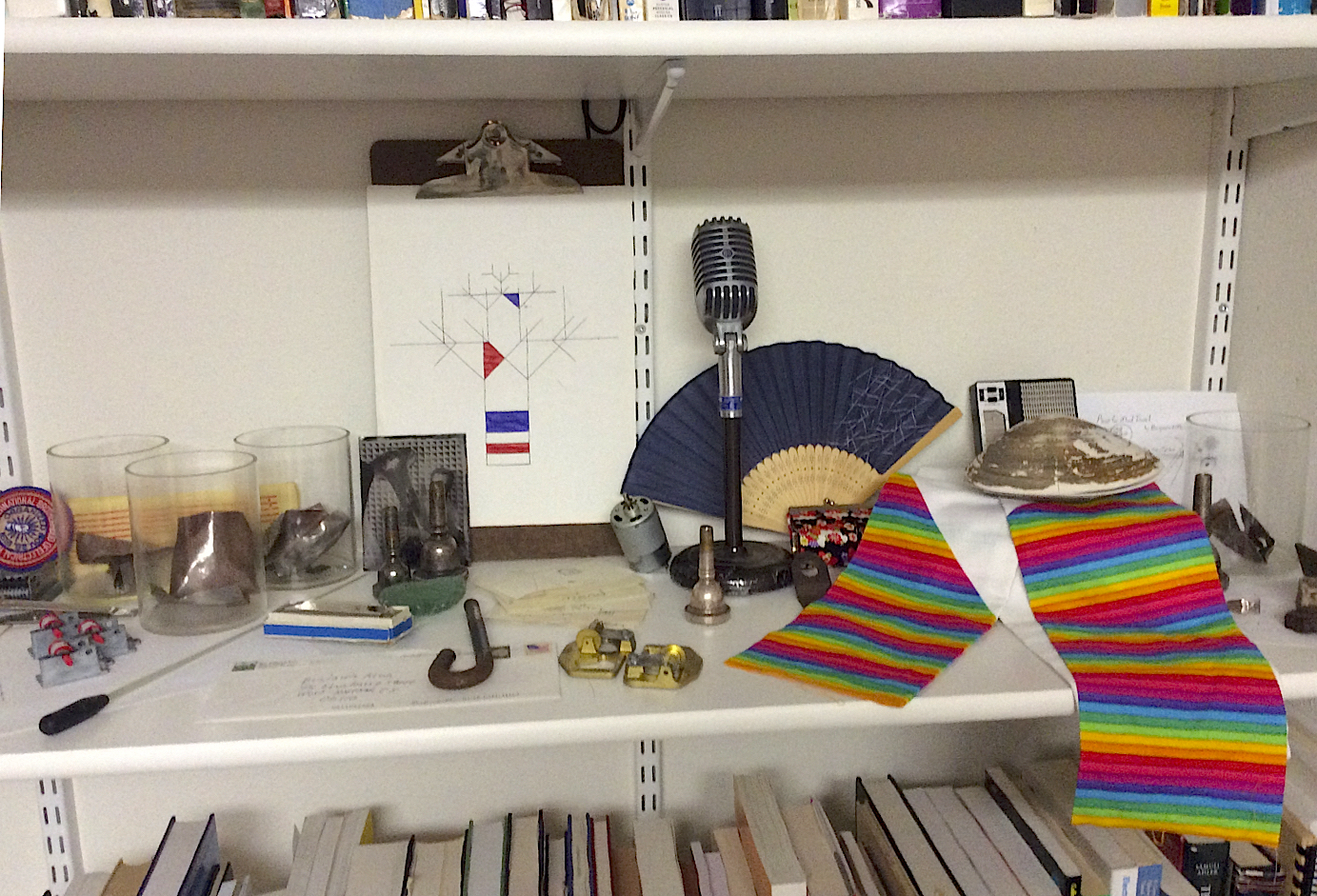 Incidentally To the Best of Our Knowledge recently broadcasted a show that focused on collections like mine.